Must read if you’re an underwriter.  Here.

The new study included 9,000 adults without a diabetes diagnosis. The participants got both an A1c test and an oral tolerance glucose test, and the researchers compared the results. The researchers found the A1c test didn’t catch 73 percent of diabetes cases that were detected by the oral glucose test. “The A1c test said these people had normal glucose levels when they didn’t,” Chang Villacreses said.

RESULTS – During long-term follow-up of children and adolescents who did not initially have diabetes, the incidence rate of subsequent diabetes was fourfold (in boys) as high and more than sevenfold (in girls) as high in those with HbA1c ≥5.7% as in those with HbA1c ≤5.3%—greater rate ratios than experienced by adults in the same HbA1c categories. Analyses of ROCs revealed no significant differences between HbA1c, FPG, and 2hPG in sensitivity and specificity for identifying children and adolescents who later developed diabetes. CONCLUSIONS – HbA1c is a useful predictor of diabetes risk in children and can be used to identify prediabetes in children with other type 2 diabetes risk factors with the same predictive value as FPG and 2hPG. 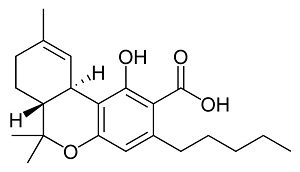 Source: How to interpret urine drug tests for marijuana: a review | The Poison Review

Source: Protonix (pantoprazole) can cause a false positive urine screening test for THC | The Poison Review

Blacks generally have higher HbA1c levels than whites. Rates among Hispanics and Asians also tend to be higher than in whites, although the discrepancy has not been as well-studied in these groups, says University of Cincinnati professor of medicine Robert M. Cohen, MD.

Will someone please explain to me why as an industry we continue to test life insurance applicants for cocaine but choose to ignore other drugs of abuse?

Source: The Pros and Cons of Diagnosing Diabetes With A1C

Nice article on the subject of mildly elevated liver enzymes.

lifeunderwriter.net
Create a free website or blog at WordPress.com.