Across the country, suicide rates have been on the rise, and that rise has struck the nation’s seniors particularly hard. Of the more than 47,000 suicides that took place in 2017, those 65 and up accounted for more than 8,500 of them, according to the Centers for Disease Control and Prevention. Men who are 65 and older face the highest risk of suicide, while adults 85 and older, regardless of gender, are the second most likely age group to die from suicide.

Isolated And Struggling, Many Seniors Are Turning To Suicide 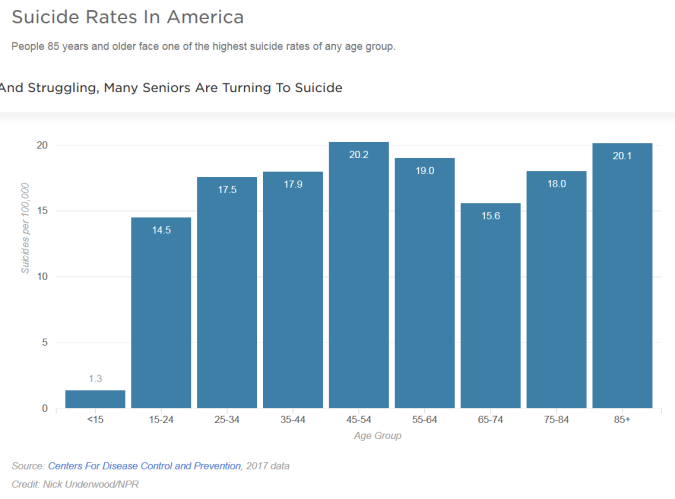